GRAND PRAIRIE — Tonya Winchester was trying to avoid driving drunk one night while celebrating her graduation from McKinney North High School in 2005. But the friend to whom she handed her keys wasn’t as thoughtful.

An 18-wheeler slammed into the passenger side of Winchester’s car after her friend — who had also been drinking — barreled through a stop sign into State Highway 5 in McKinney. Winchester woke up in a hospital two weeks later unable to speak, move or breathe.

The 27-year-old Winchester, who remains paralyzed below her chest, shared her story as a cautionary tale Wednesday during an annual news conference to announce ramped-up DWI enforcement for the holiday season in Dallas and Tarrant counties. Officials from both counties said they hope their efforts will deter people from drunken driving during a festive time of the year.

“We’ve got to break the cycle,” Grand Prairie Police Chief Steve Dye said. “As a society, we must collectively send a message that driving while intoxicated is no longer acceptable.”

Officials say their plans will include a no-refusal initiative, which means officers will seek warrants to obtain
blood samples from anyone under suspicion of DWI who refuses to provide the specimens voluntarily.

Prosecutors, magistrate judges, nurses and lab workers are available to police departments around the clock to process arrestees.

Dye said no-refusal initiatives, which have become commonplace around holidays, eliminate the burdensome process that most officers go through during DWI arrests.

Richard Alpert, Tarrant County assistant district attorney, said anyone arrested on a DWI charge would face the full consequences of the law. He expects about 150 cases during the holidays in his county.

He advised people to come up with a plan to avoid driving drunk or becoming a victim of drunken drivers. He said he stays off the roadways between 10 p.m. and 4 a.m. “What I’m hoping for is that the community will get the message that those who consider putting themselves and others at risk will understand that this is not the place to do it,” he said.

That certainly rang true for Winchester. In some ways, she has moved on with her life. She studies social work at the University of North Texas. She and her boyfriend celebrated their 12th anniversary recently. And she volunteers for Meals on Wheels and mentors another wheelchair user in McKinney.

Still, the once hard-partying Winchester said she sees herself as not just a victim, but an offender.

“The hardest part of my injury is watching those I love suffer the consequences of my actions alongside of me,” she said. “Day in and day out, their bodies grinding away in my care. All the people that I ran to, that I would party with — they aren’t in my life today. 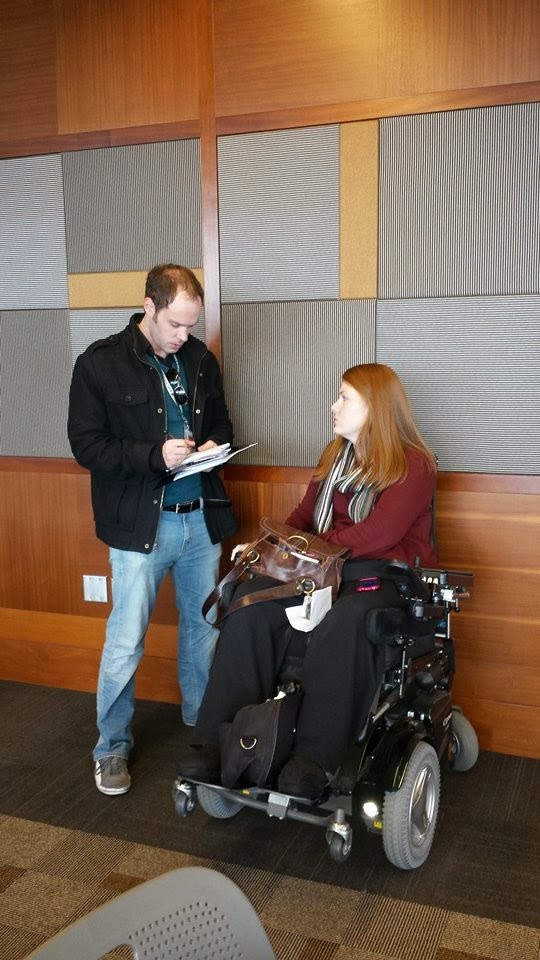