"Mays, 50, was pronounced dead at his home near Tampa Sunday morning, after his wife Deborah found him unresponsive, Tampa police said.

"It's not uncommon to have a sudden death with this kind of disease," Adams said."

Rockets could lose Yao for season, if not longer

"As the NBA draft approached, the grim truth about Yao Ming’s(notes) broken left foot hung like an anvil over the Houston Rockets. The fear isn’t that he’s just lost for next season, but longer.
The Rockets and Yao’s reps are frightened over his future, and the concern is the most base of all: Does Yao Ming ever play again?

“The realization has hit them that this is grave,” one NBA general manager said.
For now, the Rockets have privately told league peers it could be a full season before Yao might be able to return to basketball. Multiple league executives, officials close to Yao and two doctors with knowledge of the diagnoses are describing a troubling re-fracture of his navicular bone. Three pins were inserted a year ago, but the foot cracked in the playoffs and isn’t healing.

“It sounds like he’s missing most of next season, if not the entire 82 games,” one league executive who has had recent discussions with the Houston front office told Yahoo! Sports. “That’s all that [the Rockets] will concede quietly, but they know it’s probably much worse.”
Houston general manager Daryl Morey refused comment on Monday and a team spokesman said the Rockets will not have further comment until Yao undergoes additional medical tests.

There’s no reason for the Rockets to disclose the severity of the injury, nor the uncertainty over Yao’s future. Before the Rockets go public with a dire diagnosis, they plan to send him to three more specialists this week, a source said. For now, the Rockets have season tickets and sponsorships to sell. For now, the Rockets will publicly decry these doomsday revelations as premature, but this is the reality that they’re working under within the organization.

This has turned into an impossible situation for the Rockets’ capable GM. Even if Yao plays again, Morey knows it’s just a matter of time until his lower body breaks down. His feet and ankles just can’t support the mobility of his 7-foot-6 frame.

With four surgeries in three years, the Rockets worried they were reaching a breaking point. Well, it’s here. After missing 86 games in the previous three seasons, the 28-year-old Yao missed a mere five this past regular season before injuring his foot during the Rockets’ second-round playoff series against the Los Angeles Lakers.

It wasn’t until last week when Houston issued a statement saying Yao’s fractured foot hadn’t healed properly, that he would be unavailable “indefinitely.” 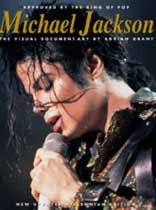 "Pop star Michael Jackson was pronounced dead today after paramedics found him in a coma at his Bel-Air mansion, city and law enforcement sources told The Times.

Los Angeles Fire Department Capt. Steve Ruda told The Times that paramedics responded to a 911 call from the home. When they arrived, Jackson was not breathing.

The paramedics performed CPR and took Jackson to UCLA Medical Center, Ruda said. Hundreds of reporters gathered at the hospital awaiting word on his condition. The sources, who spoke on the condition of anonymity, said family members rushed to Jackson’s bedside, where he was in a deep coma.

The circumstances of Jackson’s death remain unclear. Law enforcement sources said that Los Angeles Police Department robbery-homicide detectives have opened an investigation into the death, though they stressed that there is no evidence of criminal wrongdoing.

The detectives plan to interview relatives, friends and Jackson’s doctors to try to figure out what happened. The L.A. County coroner’s office will determine a cause of death. A Los Angeles Fire Department source told The Times that Jackson was in full cardiac arrest when rescue units arrived.

A doctor was in the house performing CPR on Jackson, said the source who asked not to be identified because he was not authorized to speak to the media. Paramedics were called to a home in the 100 block of Carolwood Drive off Sunset Boulevard.

Jackson rented the Bel-Air home -- described as a French chateau built in 2002 with seven bedrooms, 13 bathrooms, 12 fireplaces and a theater -- for $100,000 a month. The home is about a six-minute drive from UCLA Medical Center. Jackson has three children -- sons Prince Michael 7, and Michael Joseph Jackson Jr., 12, and daughter Paris Michael Katherine, 11.
Jackson, 50, died as he was attempting a comeback after years of tabloid headlines, most notably his trial and acquittal on child molestation charges.

In May, The Times reported that Jackson had rented the Bel-Air residence and was rehearsing for a series of 50 sold-out shows in London's O2 Arena. Jackson had won the backing of two billionaires to get the so-called "King of Pop" back on stage.

His backers envisioned the shows at AEG's O2 as an audition for a career rebirth that could have ultimately encompassed a three-year world tour, a new album, movies, a Graceland-like museum, musical revues in Las Vegas and Macau, and even a "Thriller" casino. Such a rebound could have wiped out Jackson's massive debt." 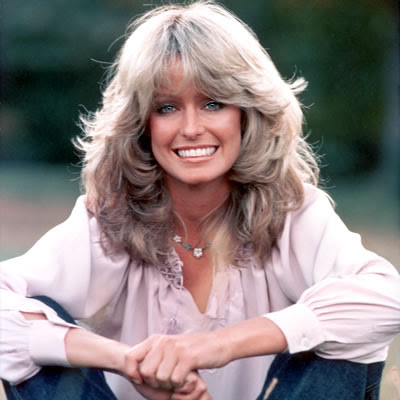 "Farrah Fawcett died this morning at 9:28 at the St. John's Health Center in Los Angeles after a courageous and lengthy battle with cancer. She was 62.
The '70s style icon and "Charlie's Angels" star was born in Corpus Christi, Texas on February 2, 1947 and attended the University of Texas at Austin. She got her first career break in the late 1960s, appearing in TV commercials and then guest-starring on TV shows such as "I Dream of Jeannie," "The Flying Nun" and "The Partridge Family." She also appeared on several episodes of "The Six Million Dollar Man," starring husband Lee Majors. The couple married in 1973 but separated in 1979, divorcing in 1982. Afterwards, Farrah began a tempestuous, on-and-off relationship with actor Ryan O'Neal, and the pair had a son, Redmond O'Neal, in 1985.
In 1976, Farrah's celebrity status skyrocketed after she posed in a red bathing suit with a bright smile for an iconic poster that would go on to sell millions of copies, coupled with her debut that fall as Jill Munroe on Aaron Spelling's "Charlie's Angels." Hugely famous, her feathered hairstyle look became an international trendsetter and she even marketed her own shampoo.
After appearing as a regular on "Charlie's Angels" for only one season, Farrah made a bid to be taken more seriously, starring off-Broadway in Extremities and later making a film version which garnered her a Golden Globe nomination for Best Actress. She also was acknowledged with Globe and Emmy nominations for "The Burning Bed" and "Small Sacrifices," among other serious TV movie projects.
She made her mark on the big screen, starring in such films as 'Logan's Run,' 'The Cannonball Run,' 'Saturn 3,' 'Dr. T and the Women,' 'Man of the House' and 'The Apostle.' Other TV appearances included the short-lived sitcom "Good Sports" with O'Neal, "Ally McBeal," "Spin City" and her own reality series, "Chasing Farrah," culminating in the poignant "Farrah's Story" this year, documenting her brave battle with cancer.
She was diagnosed with cancer in 2006, Farrah was actively involved in charity work with the Cancer Society and had also campaigned against domestic violence, a theme tied to "The Burning Bed" and 'Extremities.'
She is survived by her 24-year-old son, Redmond, and her longtime friend and companion, O'Neal."

Get free tickets at any Chick Fil-A, Care Now, or Capital One. See you there!
Posted by Tonya at 2:03 PM 0 comments