April 1, 2014 - Speaking to probation officers at Frank Crowley Court Building in Dallas from 3:00-4:30 pm. After speaking, the court and probation officers presented me with a wonderful "thank you" basket, card, and love offering. It was so unexpected and thoughtful that it made me cry :) 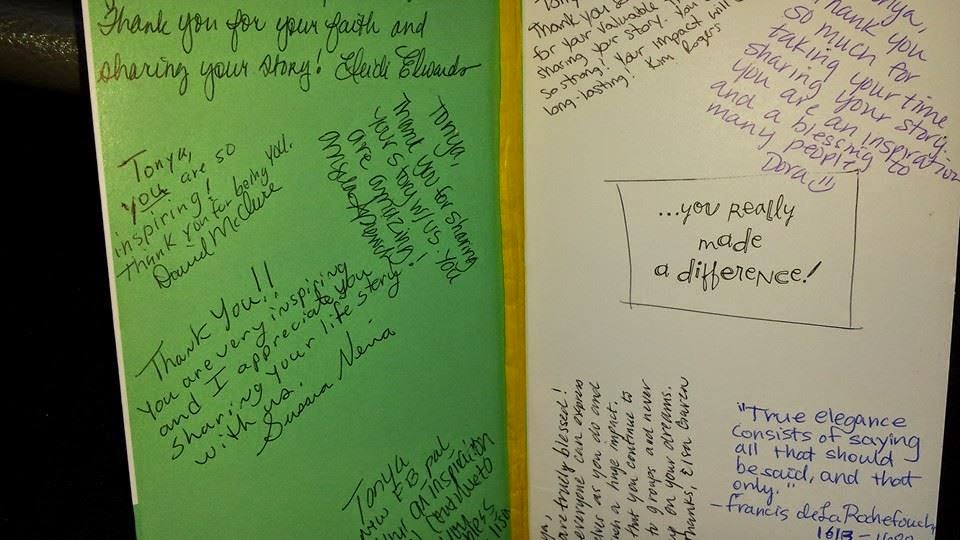 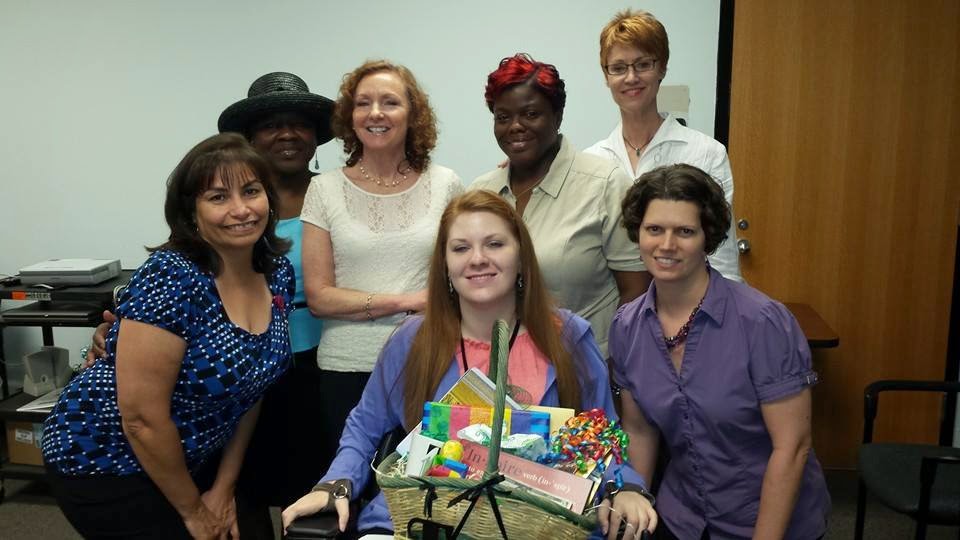 April 3, 2014 - Acting as a "Human Book" at UNT's 2014 Human Library event, hosted by Diane Wahl,  from 2:00-4:00 pm located in Denton, Texas at UNT in the Willis Library Forum. Scattered around the room will be groups of four chairs.  There will be a “book” seated at each group of four chairs, so that there are three chairs left for readers.  When readers come in the entrance, they stop at a check out desk and decide which book they want to read.  We’ll send them to the book they have checked out with a check out slip so the book will know they have been checked out.  A book can have up to three readers at once.  Reading a book is basically a conversation between the book and the readers who have "checked" the book out. My book title will be "Please Don't Drink and Drive."

April 5, 2014 - Speaking to at-risk teens through MYLIFE at the YMCA in McKinney, Texas.

April 7, 2014 - Speaking to Collin College's nursing students at the Collin Higher Education Center (CHEC) at 10:00 am.