God made you for a specific ministry

God formed every creature on this planet with a special area of expertise. Some animals run, some hop, some swim, some burrow, and some fly. Each has a particular role to play based on the way they were shaped by God. The same is true with humans. Each of us is uniquely designed, or "shaped," to do certain things.

Before architects design any new building they first ask, "What will be its purpose? How will it be used?" The intended function always determines the form of the building.

Before God created you, he decided what role he wanted you to play on earth. He planned exactly how he wanted you to serve him, and then he shaped you for those tasks. You are the way you are because you were made for a specific ministry.

The Bible says, "We are God's workmanship, created in Christ Jesus to do good works" (Ephesians 2:10 NIV). Our English word "poem" comes from this Greek word translated "workmanship." You're God's handcrafted work of art. You're not an assembly-line product, mass-produced without thought. You're a custom designed, one-of-a-kind, original masterpiece.

God deliberately shaped and formed you to serve him in a way that makes your ministry unique. He carefully mixed the DNA recipe that created you. David praised God for this incredible personal attention to detail God gave in designing each of us: "You made all the delicate, inner parts of my body and knit me together in my mother's womb. Thank you for making me so wonderfully complex! Your workmanship is marvelous" (Psalm 139:13-14 NLT).

Not only did God shape you before your birth, he planned every day of your life to support his shaping process. David continues, "Every day of my life was recorded in your book. Every moment was laid out before a single day had passed" (Psalm 139:16 NLT).

This means nothing that happens in your life is insignificant. God uses all of it to mold you for your ministry to others and shape you for your service to him.

God never wastes anything. He would not give you abilities, interests, talents, gifts, personality, and life experiences unless he intended to use them for his glory. 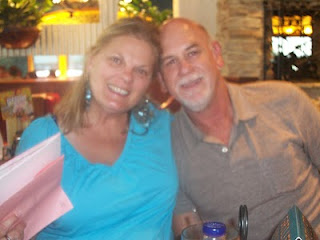 Today is my Mom's 51st Birthday! Happy Birthday Mom! Thank you for all you do for me. Thank you for being there for me when no one else is! I love you!
We went out to eat at On the Border in Allen, TX. We ordered Guacamole Live as an appetizer. I love me some guacamole! I ordered Enchiladas Suizas which was awesome. Mom opened her cards and gifts. Tacha was so lucky that her gifts to Mom got to be opened in front of AND with our waitress. It was so hilarious! We got Mom a red shirt, a frame with a picture of our family in it, and a Walmart giftcard.
Posted by Tonya at 8:39 PM 0 comments 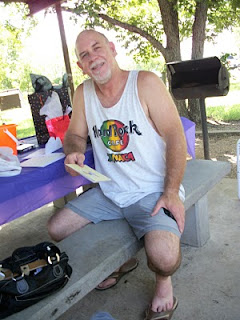 Today is my Dad's 51st Birthday! Yay! Happy Birthday Dad! I love you! Thanks for being such an awesome provider and loving father!


My parents recently bought a used travel trailer to camp in occassionally and for my Dad to take to his deer lease in the Winter months. This weekend, they camped at a park on Lake Lavon. Tacha and I went up there today. Dad opened his cards and gifts. We bought Dad a polo shirt, sunglasses, and a Walmart giftcard. Then, we played Yahtzee! I haven't played that game in a long time! It was fun. Dad won ... and we didn't even let him!

Billy came with me and Tacha the next day to Lake Lavon. We had an interesting day... 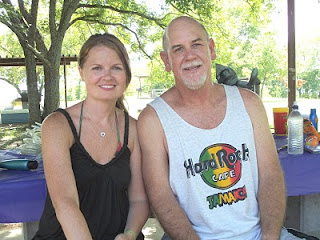 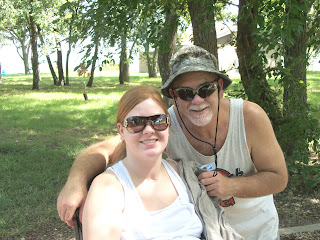 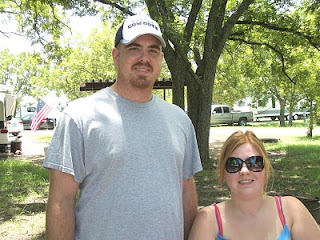 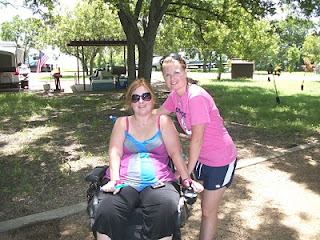 Drivers Could See Stricter DWI Laws In Texas: Texas leads the nation in the number of alcohol-related deaths.

I was featured on the news (Channel 33) regarding my opinion on stricter punishments for alcohol-related law offenders:

DALLAS, TX - In an instant, Tonya Winchester's life changed when she handed her keys to a drunk driver, who ran a red light and collided with a semi-truck.

"It was just devastating. I woke up and couldn't walk," the McKinney woman, said.

Winchester was 17 and a new high school graduate when she was paralyzed from the chest down. The anti-drunk driving advocate wonders why Texas isn't doing more to get drunks off the road."

I feel like it should have already happened. I just don't understand what lawmakers are waiting on?"

But, there is renewed optimism that the wait could be over for advocates who have pushed for stricter laws against drunk driving. This week anti-drunk driving officials urged lawmakers to approve ignition interlock devices for first-time offenders. About 12 states already use the bold tactic to punish offenders.

Advocates are also calling on the legislature to approve sobriety checkpoints, which officials say have proven effective in 39 states. Some fear the checkpoints infringe on law-abiding drivers."

What those studies show is that with sobriety checkpoints there is a 20 percent decline in deaths. In Texas, that would be about 200 people every year," Bill Lewis, with Mothers Against Drunk Driving, said.

Lewis testified at hearings in Austin this week. It is the first time in more than a decade the lawmakers have held committee hearings mid-session. He says the measures to reduce drunk driving are clear cut, if lawmakers will act."

We don't have to guess at this like this is a hunch. We do know what stops drunk driving."

As for Winchester, the 25-year old shares her story with anyone who will listen, hoping to change hearts and minds. This time, she hopes lawmakers in Austin are listening."

We do need change to stop this tragedy," Winchester said.

Click link to watch a video of the broadcasting.
Posted by Tonya at 2:19 PM 0 comments

Links to this post
Email ThisBlogThis!Share to TwitterShare to FacebookShare to Pinterest
Labels: drinking and driving, DWI, News

Tacha's driving down from Chicago to visit for 2 weeks July 12th weekend! She's going to be staying with me and Billy. We have plans to see Sex & the City 2 and go to an FC Dallas game! :)
Posted by Tonya at 5:51 PM 1 comments

Anyone want to see Eclipse with me???
Posted by Tonya at 5:21 PM 1 comments

We rented the movie The Crazies. It was very realistic and yes... crazy. I recommend this movie. We all definitely thought it was good.
Posted by Tonya at 6:13 PM 0 comments