This Memorial Day, we had three celebrations! On Saturday, we went out to eat Tex-Mex with Billy's Mom and siblings at San Miguel's Grill in McKinney, Texas. On Sunday, Billy's Dad and siblings came over and we ate grilled steak, chicken, and shrimp kebabs, baked potatoes, and broccoli n' cheese! And on Monday, my parents came over and we barbecued ribs, sautéed fresh squash, and also cooked my favorite vegetable -- butter beans! It was so good but now we are broke!!!

If you have served our country in any form of the military, THANK YOU! You are appreciated!
Posted by Tonya at 6:17 PM 0 comments

LONDON — After Rob Summers was paralyzed below the chest in a car accident in 2006, his doctors told him he would never stand again. They were wrong.

Despite intensive physical therapy for three years, Summers' condition hadn't improved. So in 2009, doctors implanted an electrical stimulator onto the lining of his spinal cord to try waking up his damaged nervous system. Within days, Summers, 25, stood without help. Months later, he wiggled his toes, moved his knees, ankles and hips, and was able to take a few steps on a treadmill.

"It was the most incredible feeling," said Summers, of Portland, Oregon. "After not being able to move for four years, I thought things could finally change."

Still, despite his renewed optimism, Summers can't stand when he's not in a therapy session with the stimulator turned on, and he normally gets around in a wheelchair. Doctors are currently limiting his use of the device to several hours at a time.

His case is described in a paper published Friday in the journal, Lancet. The research was paid for by the U.S. National Institutes of Health and the Christopher and Dana Reeve Foundation.
For years, certain people with incomplete spinal cord injuries, who have some control of their limbs, have experienced some improvement after experiments to electrically stimulate their muscles. But such progress had not been seen before in someone with a complete spinal cord injury.

"This is not a cure, but it could lead to improved functionality in some patients," said Gregoire Courtine, head of experimental neurorehabilitation at the University of Zurich. He was not connected to Summers' case. Courtine cautioned Summers' recovery didn't make any difference to the patient's daily life and that more research was needed to help paralyzed people regain enough mobility to make a difference in their normal routines.

This weekend, I graduated from Collin College with an Associate of liberal arts degree. I am so excited! I have been attending Collin College since 2004, taking on average two classes each semester. It has taken a long time and I definitely had my share of difficulty but in the end, I surpassed all obstacles and proudly graduated with a 3.9 GPA! 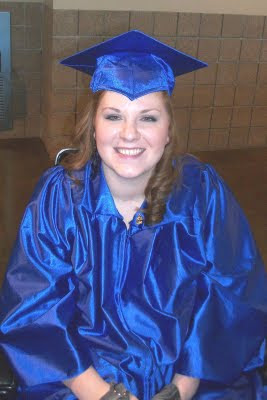 The graduation ceremony was held at the Allen Events Center in Allen, Texas. Afterwards, we celebrated at Main Event which has pool tables, bowling alleys, and arcade games.

Thank you to everyone who congratulated me via mail and telephone and a special thank you to those who came to my graduation ceremony! Your support means so much to me! Thank you also to my professors whose passion made them radiate and allow me enjoy the class and tremendously learn. Thank you to my parents, older sister, and my boyfriend who constantly encouraged me and assisted me in homework, transportation, and daily care. Thank you to my cousin Karen who drove my Nanny down to attend the ceremony. And most of all, thank you God for helping me find the strength within myself to go to college and for directing me on the journey of obtaining a college degree. 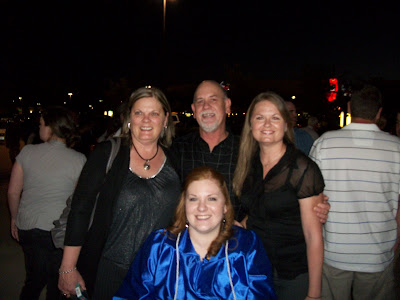 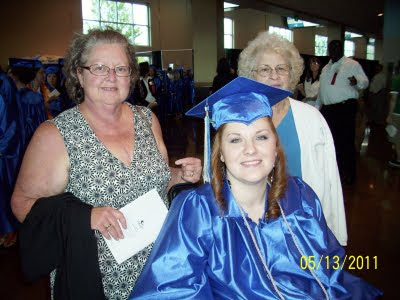 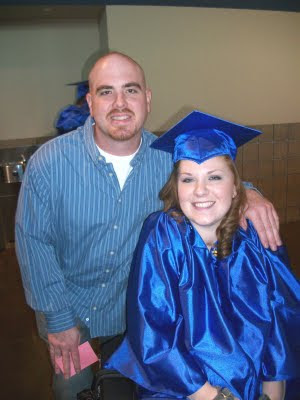