"PORT-AU-PRINCE, Haiti – Dazed survivors wandered past dead bodies in rubble-strewn streets Wednesday, crying for loved ones, and rescuers searched collapsed buildings as officials feared the death toll from Haiti's devastating earthquake could reach into the tens of thousands.
The first cargo planes with food, water, medical supplies, shelter and sniffer dogs headed to the Western Hemisphere's poorest nation a day after the magnitude-7 quake flattened much of the capital of 2 million people.

Tuesday's earthquake brought down buildings great and small — from shacks in shantytowns to President Rene Preval's gleaming white National Palace, where a dome tilted ominously above the manicured grounds.

Hospitals, schools and the main prison collapsed. The capital's Roman Catholic archbishop was killed when his office and the main cathedral fell. The head of the U.N. peacekeeping mission was missing in the ruins of the organization's multistory headquarters.

At a triage center improvised in a hotel parking lot, people with cuts, broken bones and crushed ribs moaned under tent-like covers fashioned from bloody sheets.

"I can't take it any more. My back hurts too much," said Alex Georges, 28, who was still waiting for treatment a day after the school he was in collapsed and killed 11 classmates. A body lay a few feet away.

"This is much worse than a hurricane," said doctors' assistant Jimitre Coquillon. "There's no water. There's nothing. Thirsty people are going to die."

Bodies were everywhere in Port-au-Prince: those of tiny children adjacent to schools, women in the rubble-strewn streets with stunned expressions frozen on their faces, men hidden beneath plastic tarps and cotton sheets.

Haiti's leaders struggled to comprehend the extent of the catastrophe — the worst earthquake to hit the country in 200 years — even as aftershocks still reverberated.
"It's incredible," Preval told CNN. "A lot of houses destroyed, hospitals, schools, personal homes. A lot of people in the street dead. ... I'm still looking to understand the magnitude of the event and how to manage."

Preval said thousands of people were probably killed. Leading Sen. Youri Latortue told The Associated Press that 500,000 could be dead, but conceded that nobody really knows.
"Let's say that it's too early to give a number," Preval said.

In Petionville, next to the capital, people used sledgehammers and their bare hands to dig through a collapsed commercial center, tossing aside mattresses and office supplies. More than a dozen cars were entombed, including a U.N. truck.

Nearby, about 200 survivors, including many children, huddled in a theater parking lot using sheets to rig makeshift tents and shield themselves from the sun.

Looting began almost as quickly as the quake struck at 4:53 p.m. and people were seen carrying food from collapsed buildings. Many lugged what they could salvage and stacked it around them as they slept in streets and parks.

People streamed into the Haitian countryside, where wooden and cinderblock shacks showed little sign of damage. Many balanced suitcases and other belongings on their heads. Ambulances and U.N. trucks raced in the opposite direction, toward Port-au-Prince.

About 3,000 police and international peacekeepers cleared debris, directed traffic and maintained security in the capital. But law enforcement was stretched thin even before the quake and would be ill-equipped to deal with major unrest.

An American aid worker was trapped for about 10 hours under the rubble of her mission house before she was rescued by her husband, who told CBS' "Early Show" that he drove 100 miles (160 kilometers) to Port-au-Prince to find her. Frank Thorp said he dug for more than an hour to free his wife, Jillian, and a co-worker, from under about a foot of concrete.

The international Red Cross said a third of the country's 9 million people may need emergency aid, a burden that would test any nation and a crushing catastrophe for impoverished Haiti.
President Barack Obama promised an all-out rescue and humanitarian effort and American officials said they were responding with ships, helicopters, transport planes and a 2,000-member Marine unit, as well as civilian emergency teams from across the U.S.

"We have to be there for them in their hour of need," Obama said.

The U.S. Navy aircraft carrier, USS Carl Vinson, was expected to arrive off the coast of Haiti on Thursday. More U.S. Navy ships were under way as well, the U.S. Southern Command said.
A U.S. Coast Guard helicopter evacuated four critically injured U.S. Embassy staff to the hospital on the U.S. Naval base at Guantanamo Bay, Cuba, where the military has been detaining suspected terrorists.

A small contingent of U.S. ground troops could be on their way soon, although it was unclear whether they would be used for security operations or humanitarian efforts.

Cuba, which already had hundreds of doctors in Haiti, treated the injured in field hospitals. The aid group Doctors Without Borders helped quake victims in tent clinics set up to replace its damaged facilities.

Port-au-Prince's ruined buildings fell on both the poor and the prominent: The body of Archbishop Joseph Serge Miot, 63, was found in the ruins of his office, according to the Rev. Pierre Le Beller at Miot's order, the Saint Jacques Missionary Center in Landivisiau, France.
Senate President Kelly Bastien was among those trapped alive inside the Parliament building, and a day later had stopped responding to rescuers' cries, Latortue said.

Even the main prison in the capital fell down, "and there are reports of escaped inmates," U.N. humanitarian spokeswoman Elisabeth Byrs said in Geneva.

Haiti's quake refugees likely will face an increased risk of dengue fever, malaria and measles — problems that plagued the impoverished country before, said Kimberley Shoaf, associate director of the UCLA Center for Public Health and Disasters.

Some of the biggest immediate health threats include respiratory disease from inhaling dust from collapsed buildings and diarrhea from drinking contaminated water.

She said swamped clinics may not be able to give people help they need for broken bones and other injuries, leading to complications — a warning borne out on the streets where people, some covered in the dust of collapsed buildings, nursed wounds that bled through crude bandages.
The U.N.'s 9,000-member peacekeeping force sent patrols across the capital's streets while securing the airport, port and main buildings — but also struggled to rescue colleagues from their collapsed headquarters.

The U.S. Embassy had no confirmed reports of deaths among the estimated 40,000-45,000 Americans who live in Haiti, but many were struggling to find a way out of the country.
Dozens were forced to abandon a Tuesday evening flight to Miami when the earthquake damaged the airport.

Kency Germain of Eatontown, N.J., kept his family — five adults and three children including his wife — at the airport until nearly 3 a.m. They made their way to the U.S. Embassy, where they were allowed to sleep briefly near the entrance.

"It was safer in there (the airport) than it was out there in Port-au-Prince," Germain said. "

"But blessed is the man who trusts in the LORD, whose confidence is in him. He will be like a tree planted by the water that sends out its roots by the stream. It does not fear when heat comes; its leaves are always green. It has no worries in a year of drought and never fails to bear fruit." Jeremiah 17:7-8
Posted by Tonya at 5:39 PM 0 comments 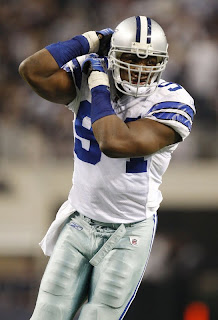 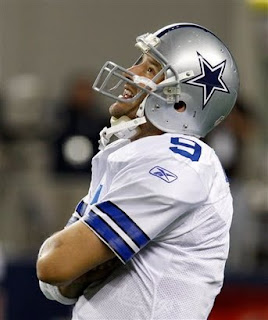 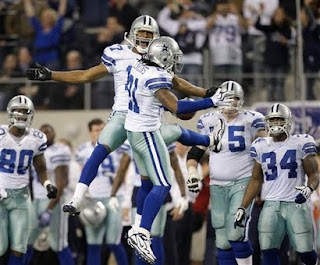 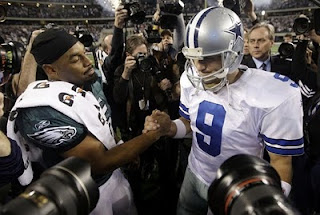